We want our children back

On the evening of January 1, the Israeli authorities returned the bodies of 14 Palestinians from Hebron city who were killed while suspected of carrying out attacks on Israelis during the wave of tension which had started in October 2015. These 14 bodies were buried the following day, but others are yet to be returned to their families. “They have no right to keep our children, we want them back now,” the father of one of the young men killed tells me.

In October 2015, Israel’s security cabinet policy established that the bodies of Palestinians shot dead by Israeli forces who were considered to be carrying out attacks on Israeli civilians and military personnel would not be returned to their families. Put forward by Israeli Public Security Minister Gilad Erdan to minimize the risk of politicised mass funerals and incitement to murder, as well as to deter attacks against Israelis, this policy has been described by the Palestinian public and by human rights organizations such as Addameer and The Jerusalem Legal Aid and Human Rights Centre (JLAC) as collective punishment for innocent family and community members. 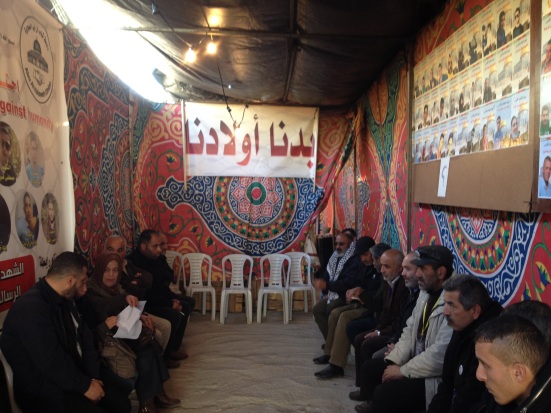 Palestinians gather at a solidarity tent in Hebron to demand the release of the bodies of their children [Photo: EAPPI]

These family and community members who are already suffering the loss of their loved ones, cannot have a funeral, mourn in dignity, or process and accept the idea of loss. Some of these families retain the hope that they are alive. “I have a video of my son bleeding on the ground. He is moving. I do not know if he is dead,” a bereft man admits.

According to media information, the Israeli government is demanding that concerned families agree to the bodies of their relatives being returned after nightfall and buried immediately, only in the presence of a few family members, allegedly to minimize the risk of public and media attention during funerals.

Most of the families have so far refused these conditions and called on Israel to allow them to carry out the burial of their loved ones on their own terms. Families say that the terms imposed by Israel are contrary to Islamic burial customs, which require bodies to be buried during daylight hours. Moreover, these terms deny families the time needed to request and carry out an autopsy, while also preventing extended family and community members from paying their last respects to the deceased. “We want to bury our children according to our religion and culture. We want all our families and friends to attend the funerals. We want them to be returned during the day and to be checked by Palestinian doctors. Not accepting the bodies at these conditions is our way of resisting occupation,” a local Palestinian explains. 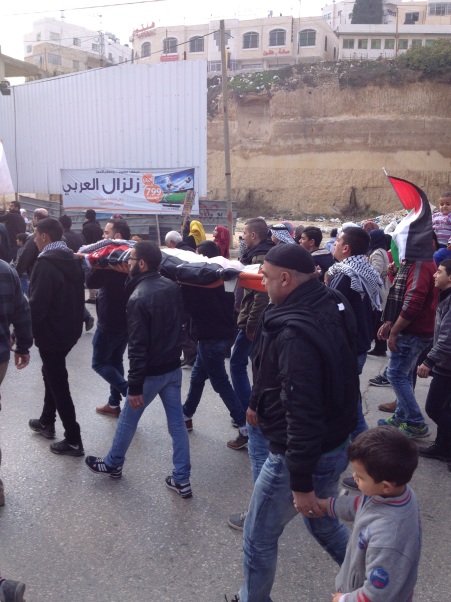 Human rights organisations such as Addameer and JLAC call on the Israeli authorities to enable the immediate and unconditional return of the bodies which are still withheld within Israel, in line with its obligations under international law, and state that failure to act in such a way constitutes collective punishment.

The unconditional, although delayed, handing over of 14 bodies on January 1 gave their families the opportunity to mourn in dignity. Many others continue to wait. It is time for their punishment to end.