The first steps to destroying a village

On 15 November, while demolishing a tent and a house, officials from the Israeli Civil Administration (ICA) took photographs of all the structures in the lower part of the village of Umm al-Khair.

The residents said that this was likely to mean another visit from the ICA. They were right.  Just a few days later, on 20 November, they were back with the Israeli army to hand out 12 ‘stop work’ orders to villagers.  ‘Stop work’ orders are the first step before demolition orders are issued.

The one-storey houses and tents of lower Umm al-Khair nestle on the hillside below the suburban houses of the Carmel settlement. Photo:EAPPI/Liz

The Carmel settlement is illegal under international law but it has expanded so much that it now touches the village of Umm al-Khair. The expansion of settlements often results in the destruction of Palestinian properties.

Hamid, 19, shows us the 15 residential structures affected by the ‘stop work’ orders. The buildings house around 150 people, of whom 75 are children –  that’s just about everyone in this part of the village. 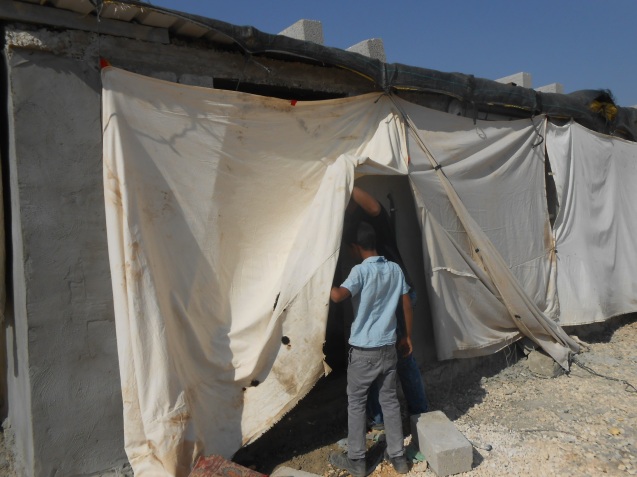 A recently-built house remains under wraps in the hope of hiding its construction from the drones the settlers use to check every move the Palestinians make. Photo:EAPPI/Liz 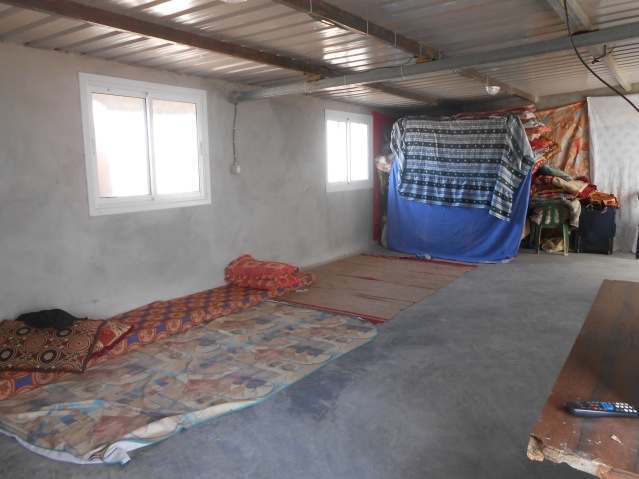 Inside, it’s clean, tidy and in use. Photo:EAPPI/Liz 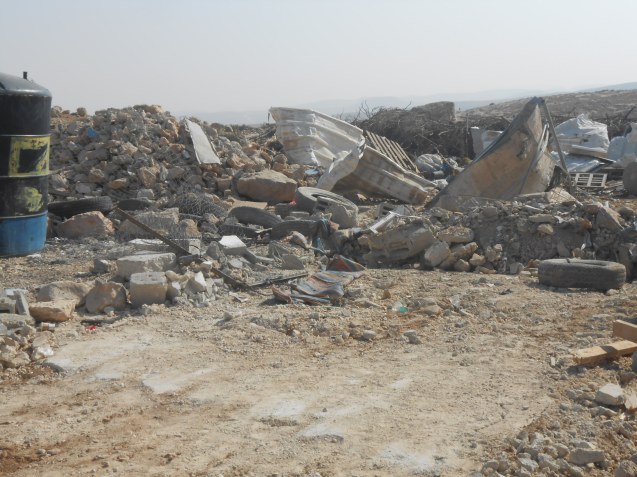 If a demolition order is carried out, the Israeli army will bring bulldozers to break the walls down and may completely remove the floor, as they did to the community centre in August. Photo:EAPPI/Liz

The metal roof will probably end up bent, twisted and unsalvageable, like the roof of the house the army demolished in November. Photo:EAPPI/Liz

As we go round, shocked and anxious villagers hold out ‘stop work’ orders for all sorts of structures. Photo:EAPPI/Liz

This house is where Hamid’s family lives, the only home he has ever known. Photo:EAPPI/Liz

Hamid’s family home is 20 years old, so work stopped on this a long time ago.  Due process demands an enforcement of the order, however, and demolition is the second and final stage.  Hamid’s mother appears shaken and despairing at the thought of losing the family home.

The interior is bright and comfortable. Photo: EAPPI/Liz 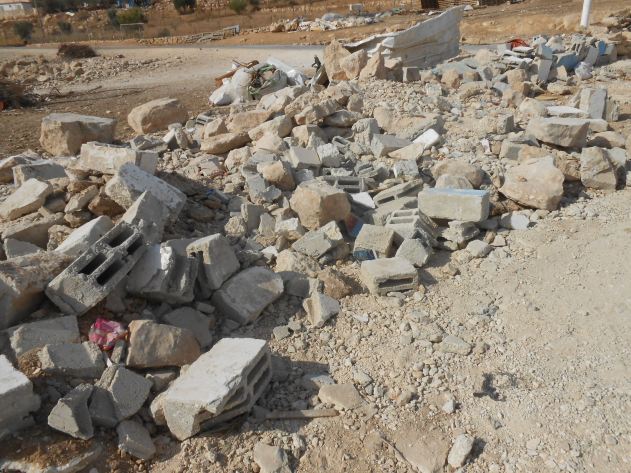 But the Israeli army could still turn it into rubble, and bulldoze it into a heap that takes villagers time and resources to clear away. Photo:EAPPI/Liz

Shelters for housing sheep, goats and chickens have the same ‘stop work’ order and many animals may need to be moved quickly as bulldozers can turn up without warning. Photo:EAPPI/Liz 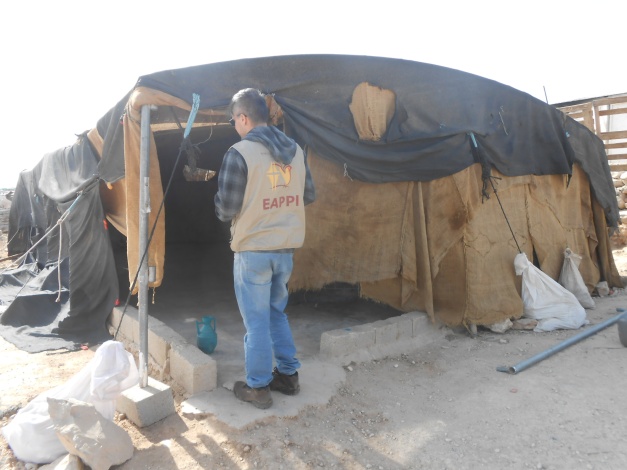 Tents sometimes don’t look much of a facility from the outside but still get a ‘stop work’ order. Photo:EAPPI/Liz

The interior reveals a spacious living and meeting place for a large family. Photo:EAPPI/Liz

But it may well end up a heap of twisted metal and torn canvas if demolition happens, just like the tent the Israeli army demolished in November that replaced the community centre demolished in August. Photo:EAPPI/Liz

Hamid shows us an inconspicuous tent the authorities have so far left standing. Photo:EAPPI/Liz

It’s small and there’s no floor but it’s a meeting place for the teenagers and young men. Now that there’s no community centre, it’s better than nothing. Photo:EAPPI/Liz

Bits of tiled floor from the two-year-old community centre are still visible in the rubble. Photo:EAPPI/Liz

“The community centre was a good building”, Hamid tells us. “Everyone used it and we miss having it.”

Hamid is planning to study either English or History. “Where will you go if the bulldozers come and demolish your home along with most of your village?” we ask.

“I will be under the stones,” says Hamid. “I will never leave this land.”

Tell your elected representative about the demolitions that threaten the people of Umm al-Khair.

Remind your elected representative that:

Ask your representative to contact the Foreign Office and urge the British Government to support the people of Umm al-Khair in their struggle to stay on their land and in their homes.