My previous blogs have been about some of the violations of international humanitarian law that I have witnessed here in the occupied West Bank: illegal Israeli outposts of Itamar encroaching on the tiny village of Yanoun (here); the intimidation and detention of young boys outside As-Sawiya school (here); and shepherding families enduring violence and harassment from Israeli soldiers on military exercise (here).  These violations are just a small part of a much, much bigger picture – the Israeli military occupation of Palestine.

I am on days off now, taking some much needed rest before completing my placement and heading home, but the occupation has no days off – last night my phone told me ‘Ongoing demolition of premises’ in East Jerusalem and at 5.00am this morning the same in the Jordan Valley. The impact of the occupation on every aspect of daily life continues day and night, around-the-clock.

Some of the Israelis and Palestinians I have met have shared with me how the occupation has impacted them – here are just a few examples. 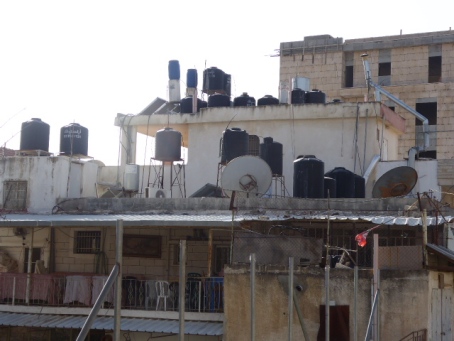 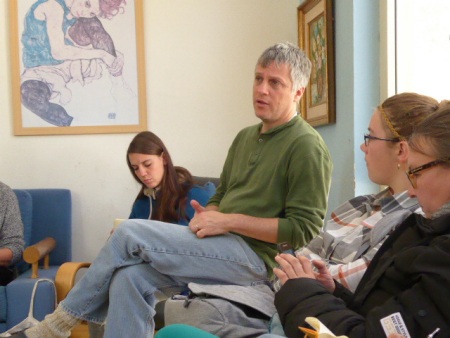 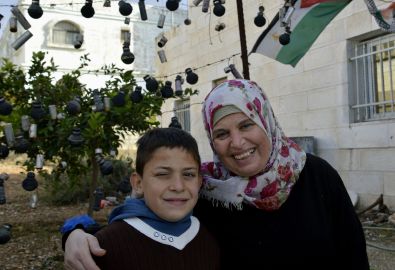 Manala and her son [Photo: EAPPI/Margaret] 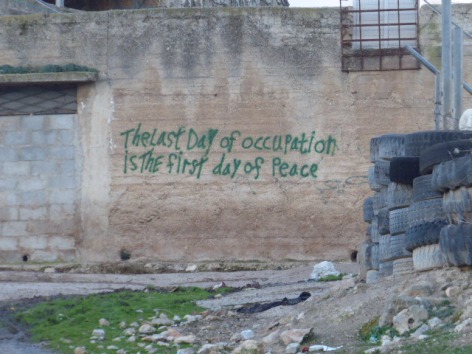 I could go on. This year marks the 50th year of the Israeli occupation of Palestine.  Over breakfast this morning my Palestinian host and his wife told me again of their despair for the future for themselves and their children. Issa said “My father hoped for justice and peace for 70 years, he died ten years ago, now I have to live in hope, should my children also have to live in hope of peace and justice – the occupation must end – khalas! [enough!]” 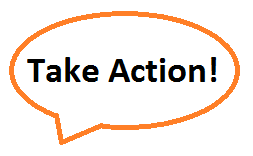 Follow or support one of the organisations cited in this blog piece:

Talk to your MP about one of the issues outlined above. You can find and contact your local MP here.

Join Amos Trust’s walk to Jerusalem to mark 50 years of occupation and call for equal rights for everyone who calls the holy land home.