Bethlehem: ‘That the wall will fall into a bridge’

By EA Paul in Bethlehem

“That the wall will fall into a bridge that we can use for reconciliation; that we can shake hands and say ‘Shalom’.”

This is the prayer of a Palestinian Christian lady called Clemence; she has lived in Bethlehem most of her life. 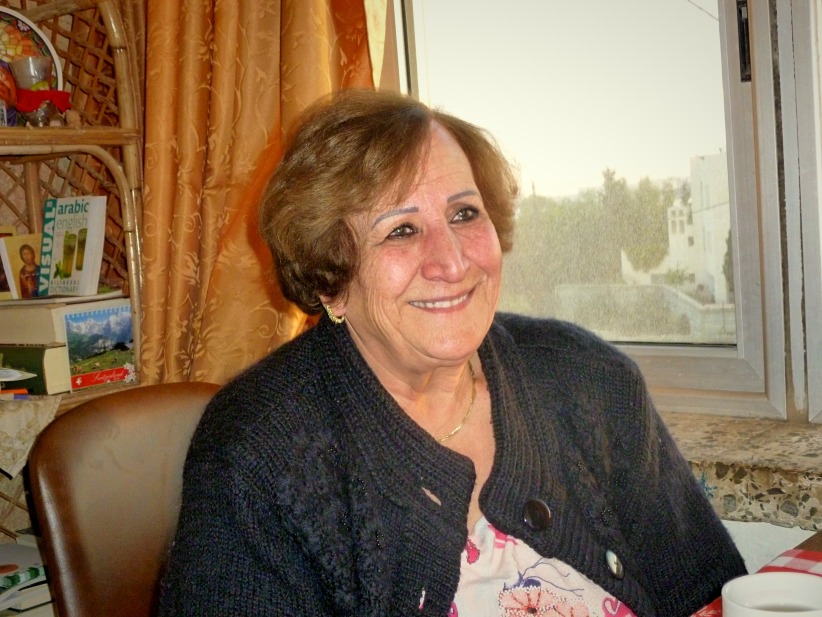 Clemence at her home in Bethlehem. [Photo: EAPPI/Paul]

Clemence was only two years old when the State of Israel was established in 1948. She tells us that her family was driven out of the city of Jaffa by Jewish forces, becoming refugees in Jordan.

Her father, who was Greek Orthodox, wanted her to be educated in Bethlehem, so he sent her to a Lutheran boarding school there. Later she married a Catholic, led Sunday school in a reform church and taught for many years in the local Lutheran school. ‘Ecumenical’ would be a good way to describe her.

Separated from her land

In 2003, when Israel started building the separation barrier, Checkpoint 300 appeared right next to Clemence’s home. Land she owned on the other side of the barrier was confiscated.

“They took our land, our freedom, our dignity; they occupied us…But I can still pray for them.”

She refused the nominal amount of money she was offered for it. Suddenly she was stopped from going to see family and friends in Jerusalem; even people who had previously been close neighbours were now separated. “They took our land, our freedom, our dignity; they occupied us,” says Clemence. “But I can still pray for them.” 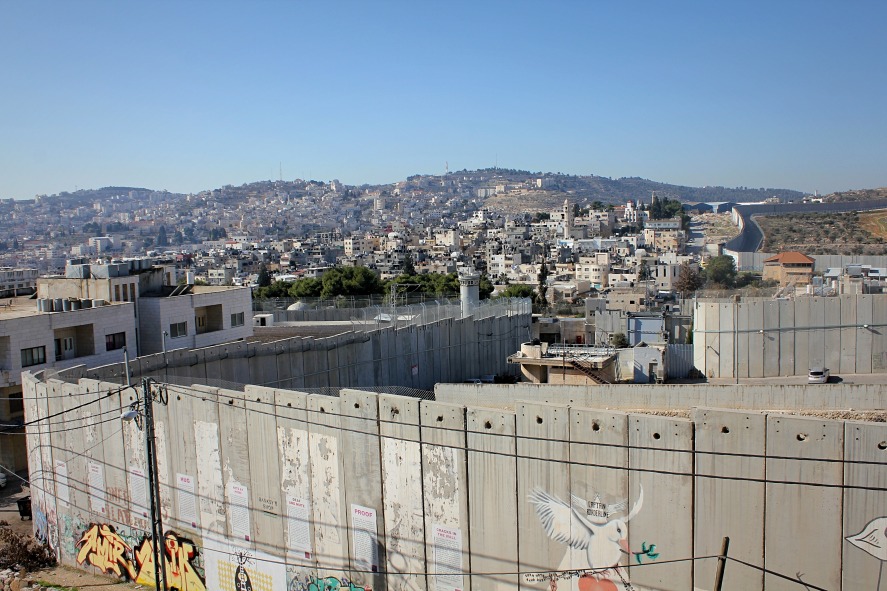 For years now, every Friday, she meets with other campaigners to walk a section of the barrier while praying for peace and an end to the occupation. 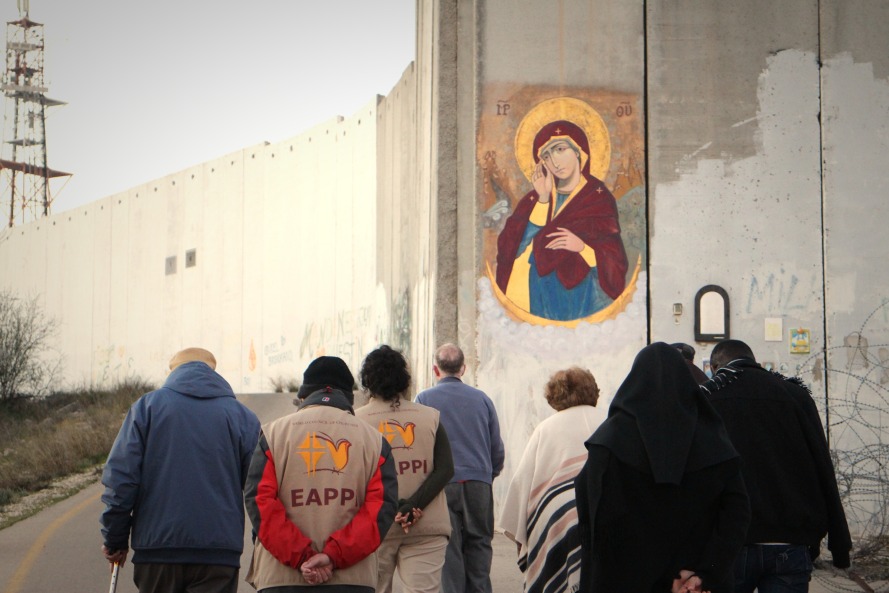 ‘Wall Prayer’ is ecumenical and it has been a privilege for Ecumenical Accompaniers to attend. People from around the world have taken part, including Messianic Jews. “There can be eight people or 80,” Clemence says. 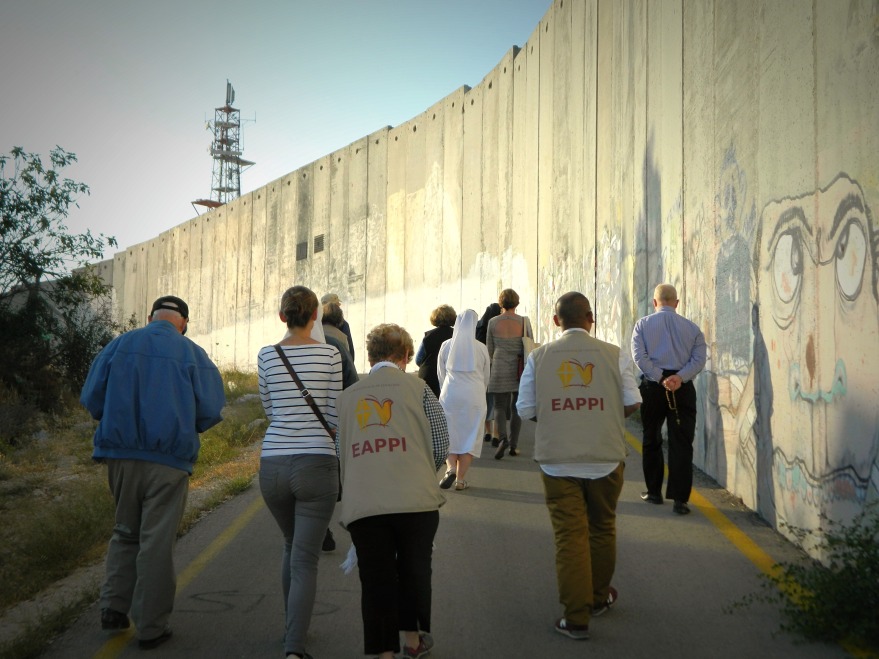 The effects of the ‘separation barrier’

The wall severely constricts Palestinian lives, both in body and in mind. It segregates and subjugates those controlled by it, giving power to those doing the controlling.

Ecumenical Accompaniers see huge numbers of international pilgrims arrive in Bethlehem every year and have a real spiritual experience. But these pilgrims can go through the separation barrier very easily. As a result, very few appreciate how different it is for Palestinians, and what life is really like for them.

In the early hours of every working day, thousands of Palestinian men across the West Bank wait to pass through the checkpoints to get to their jobs – if allowed. Despite the humiliation they must face, at least they know what to expect. 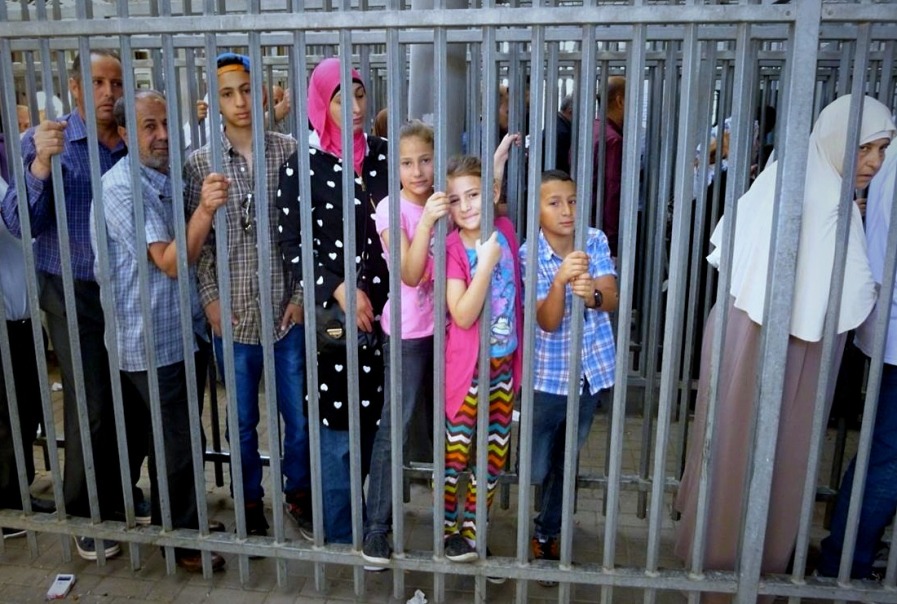 On a Friday, however, families with little children pass through. What does it teach these children? You can see the fear on their faces as they pass by the soldiers, through the turnstiles and metal detectors, while parents and grandparents encourage them to keep going. What is the future for them? 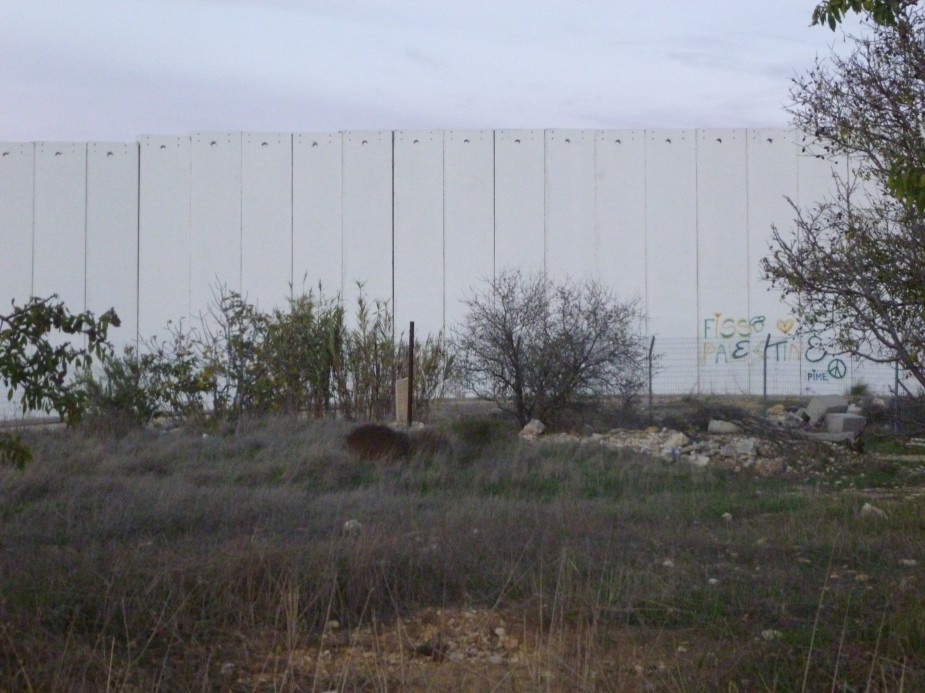 The ‘separation barrier’ as seen from Clemence’s home  [Photo: EAPPI/Paul]

The Israeli government says the separation barrier is for the security of Israelis. In 2004, however, the International Court of Justice advised that “the construction of the wall … and its associated regime are contrary to international law”. This is because the barrier is not always on the Israeli side of the Green Line (the 1967 border), or within Israel, but frequently on Palestinian land. It incorporates many Israeli settlements there, together with some precious Palestinian agricultural land and water sources.

Clemence’s own particular prayer says so much to us: “That the wall will fall into a bridge that we can use for reconciliation; that we can shake hands and say ‘Shalom’.”

Use this story to lobby your elected representatives (e.g. MP, TD, MEP) concerning the humiliation and frustration that Palestinians face every day as they pass through the many checkpoints. Ask what this teaches the children and what their future holds.

If you pray, join in faith with those who stand at ‘Wall Prayer’, seeking a just peace in the context of an end to the occupation.