Jordan Valley: “I went to turn on the water and came face to face with a soldier.”

We are sitting on the outskirts of the village, drinking tea with members of the community.

They tell us that, two days before, Israeli security forces conducted training among their tents, not ten metres from where we are sitting.

We listen to the villagers speak to a soundtrack of gunfire in the valley below. They haven’t called us here because of that, they hardly hear the noise any more.

The family called us because, despite a ruling from the Israeli High Court forbidding military training there, once again military tanks and jeeps have entered the village, and Israeli security forces’ night training scares the children.

“For us older people we can understand what is going on because we have a lot of experience. We know they will train and go away. For the children, they know from the TV that things are hard in Palestine and they are scared the army will come to kill them.” says local resident Khalil.

We walk between greenhouses examining this year’s tomato crop. Villagers used to have two harvests a year, but water shortages have reduced the yield.

“They came out of nowhere, we didn’t get any warning. I went to turn on the water and came face to face with a soldier.” – Khalil

More than 50 soldiers were dropped off by a bus in a Palestinian farming area in the middle of the Jordan Valley today. They walked up through the farms, surprising and scaring those working there.

This time, nothing was damaged, but locals are worried that this is just the beginning, and that the soldiers will bring tanks again like they did last year.

Shot By A Stray Bullet

Yasser is three years old and was shot by a stray bullet while the Israeli security forces trained at night, often shooting over the tents of the community.

He has spent over two weeks in Nablus General Hospital, anaesthetised, while the doctors wait to find out if it is safer to leave the bullet in his brain or to remove it.

His family thought he had just hit his head. For the first two days he was talking, running around and playing as normal.

Then an infection from the wound began to spread and an X-ray revealed the bullet. 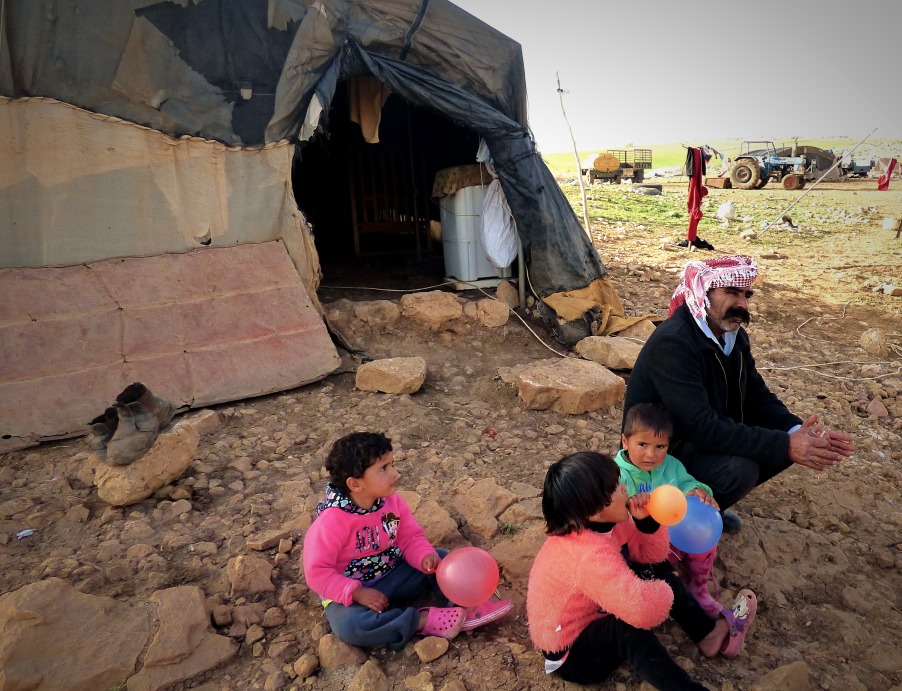 The UN Office for the Coordination of Humanitarian Affairs approximates that 18 per cent of the West Bank has been designated a closed military zone for training, or a ‘firing zone’. 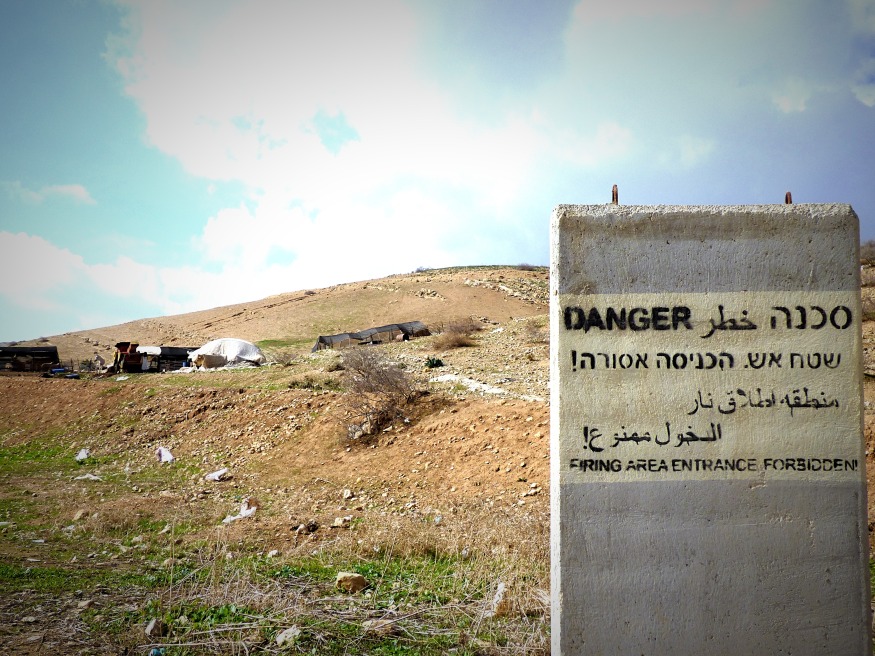 In the Jordan Valley this increases to 56 per cent of the land. These are large areas without clear boundaries, marked by simple concrete blocks.

Many Palestinian communities live, farm and raise animals inside these zones, and have done since before the occupation began, well before the zones were declared.

Every winter Israeli security forces arrive in large numbers for training in everything from artillery fire to night raids and arrests.

Sometimes the Palestinian communities are evacuated and spend hours without shelter in the winter rain or cold as the military trains in and around their houses and tents.

Often, they are left to get on with their lives as the military shoots over their heads.

We ask the communities to ring us when there is training, but often they won’t tell us until we visit.

For them this is aadi (normal), a part of everyday life. For communities in the Jordan Valley, military training comes with the winter rains.

This year the rains are late but the bullets still fly.

Use this story to lobby your elected representatives (e.g. MP, TD, MEP) concerning the humiliation and frustration that Palestinians face every day in the Jordan Valley.