Hebron: “Every day we wait. We wait for the Israeli bulldozers to come”

Tucked away in the South Hebron Hills lies the Palestinian village of Khirbet Susiya.

Thirty-two families live in simple homes, mostly constructed from tarpaulins draped over metal frameworks. These are weighted down with tyres filled with stones hanging from the ends of strong ropes.

Electricity is supplied by solar panels and there are several raised water tanks.  There is a school for the 95 children, with 14 teachers covering Years 1 to 9, alongside a clinic to attend to community’s medical needs.

As EAs arrive in Susiya, Abu Jihad surveys the scene and explains the situation to us.

His family bought land here in 1948 when his home, a cave dwelling in Qar Letain, became part of Israel. In spite of this, the ownership of the land and his right to build on it are being questioned by the Israeli Civil Administration.

After the Six Day War in 1967, the Israeli army occupied land that had been allocated to Palestinians in 1948 when the state of Israel was established.

Since that time, settlements, or Jewish-Israeli-only developments, have been built there. These are illegal under international law.

An Israeli settlement called Susya was established near the Palestinian village of Susiya in 1983. Three years later an aerial survey revealed the site of a synagogue dating from 5-8th centuries CE , along with the Mosque which replaced it.

The area was declared an archaeological site. The local Palestinians were displaced by the Israeli government and moved to adjacent land. 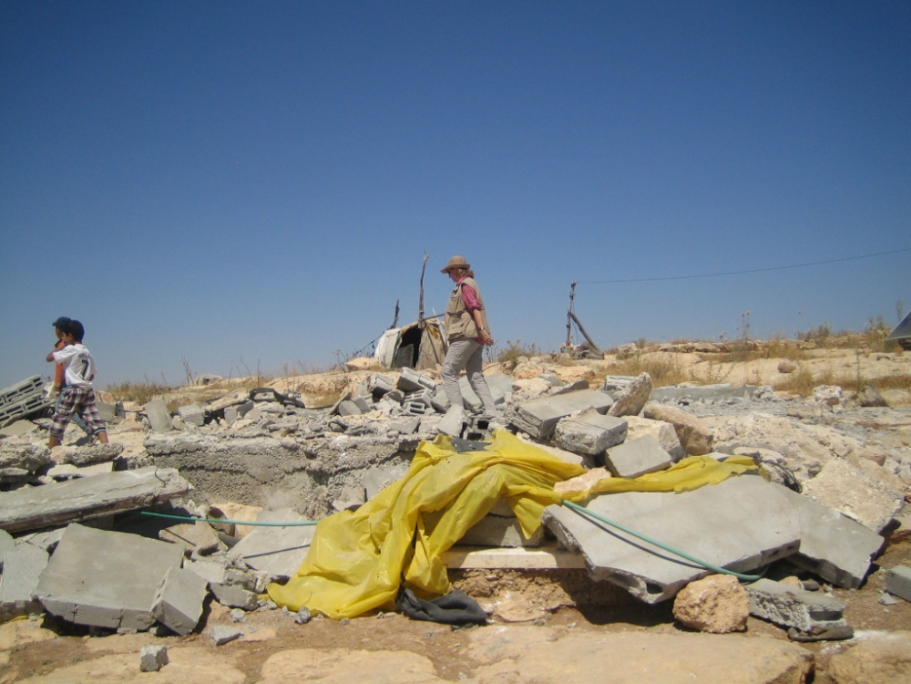 But Susiya is under threat again.  Local Israeli settlers have petitioned for the whole village to be demolished.

The Israeli Supreme Court issued an order for the immediate demolition of seven structures, affecting two family homes and some animal shelters.

Other buildings remain at risk, although the court acknowledged that weight needs to be given to humanitarian considerations in applying laws of building and planning.

It said that the clinic could not be demolished before July.

Abu Jihad heads up the local village council, coordinating the campaign to save not just the seven structures threatened with immediate destruction, but the village as a whole.

“Every day we wait. We wait for the Israeli bulldozers to come”, he says as his sits outside the community centre, sipping sweet tea.

His brother Nasser, who speaks excellent English, liaises with non-governmental agencies (NGOs) in the area.  He has been arranging for internationals to join local residents in sleepovers at vulnerable buildings. (In 2015, EAPPI had a temporary team in the village; helping prevent demolitions by attracting international attention.)

Just before daylight the first pair wake and take watch on the roadside  They search the landscape, listening keenly for the sounds of approaching vehicles that would signal the start of the demolitions.

Animal exposed to the sun after the shelter’s canopy was confiscated by the Israeli military, Khirbet Susiya, Photo EAPPI

Abu Sadam’s tent canvas flaps in the gale.  EAs stir at the rumbling of a truck.

One of them answers a call of nature, wondering if this could be the last time the EU-funded toilet is used.

Along with a raised water tank and a solidly constructed bedroom, it is due to be demolished by the Israeli military. And there’s the danger that the bulldozers might damage the animal shelters and even the main home as they tackle the buildings on their list. 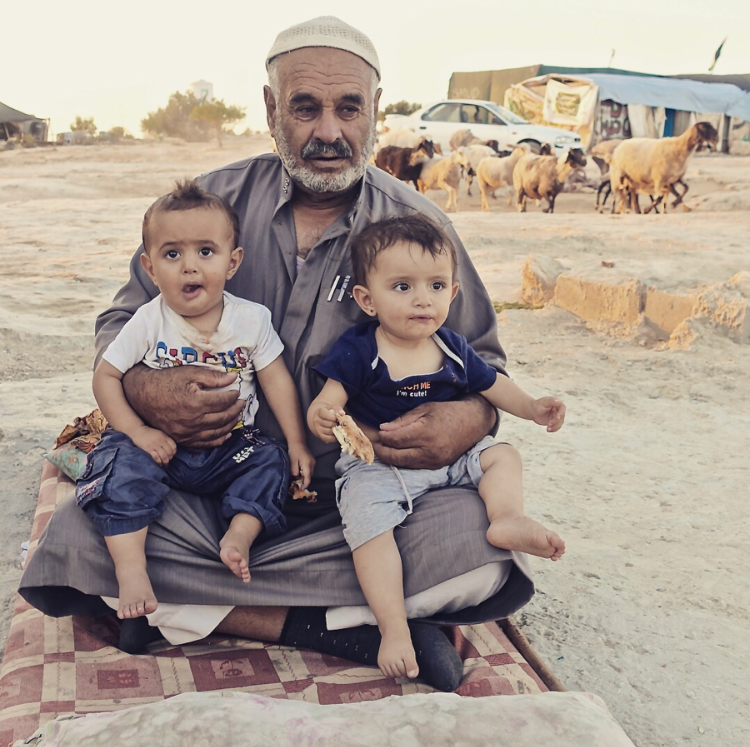 The villagers have often been accused of building without planning permission and receive demolition orders on repairs. Even replacing tarpaulins due to wear and tear can be regarded as contravening planning regulations.

Planning law has not been updated since the British Mandate for Palestine ended in 1948 and there is no current local plan.

This is no hindrance to Israelis constructing settlements on privately-owned land, but it is a major obstacle to those who live in Area C.

This is a large swathe of land – 60 per cent of the West Bank –under the military and civil control of the Israelis. Here, planning permission is rarely granted to Palestinians, including the residents of Susiya.

Article 53 of the Fourth Geneva Convention outlines the protection of property under international humanitarian law:

“Any destruction by the Occupying Power of real or personal property belonging individually or collectively to private persons, or to the State, or to other public authorities, or to social or cooperative organisations, is prohibited, except where such destruction is rendered absolutely necessary by military operations.”

The whole community is tense, waiting for the bulldozers to roll in.

Speak with your MP/TD/MLA and MEP about raising a question in parliament regarding the demolitions taking place within Area C of the West Bank.

Like Susiya, many more Palestinian villages face the threat of demolition each day.